The following clips are from Something Else, a youth-oriented magazine program which ran on BBC2 from 1978 to 1982. Part of a wave of similar British shows known collectively as “Youth TV” (or “yoof,” as some would have it), Something Else‘s run happened to coincide with the apex of post-punk,  and showcased many of the era’s most important bands at the height of their powers.

END_OF_DOCUMENT_TOKEN_TO_BE_REPLACED 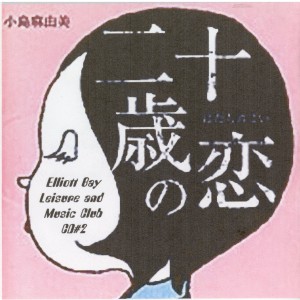 “Enter Through the Thrift Shop Door”

Like in the magical theater of Herman Hesse’s Steppenwolf, Jonathan Richman opens the “Lonely Little Thrift Store” door to a spot that is fraught with chill-out and electronica music of the early noughts.  A masquerade ball with the bourgeois indulgences of Rollercone, !!!, and Wagon Christ.  The iconic sounds of Les Baxter and Femi Kuti mingle in the crowd alongside the desert noir of Marc Ribot and Los Cubanos Postizos. Alas, as the story goes, your grip on reality is challenged with the soul-psych “Les Fleur” by Minnie Ripperton. Tally ho! (Brad M.)

If you have an extra $4,000 and lots of time on your hands, that is. Pretty groovy looking machine.

But hey, as the web site says “made in germany – no cheat.” Check it out, you know you want one:vinylrecorder.com

They are playing tonight at the Croc!

“Top 10 Greatest and Most Essential Lists Of All Time” is a list of lists by Craig Hlavaty (a guy who keeps popping up on my Facebook page as a person I may “know” but I don’t and I wrestle daily with whether I should via FB  – ? Okay, right, whole other post). It has received three comments from people with enough time to scoff at him wasting their time by writing something he wasn’t really begging them to read. But from the one that tortures me the most (“The Uninformed Writer Seeks To Encapsulate A Whole Genre,” usually “punk” by a scribe with one too many Dashboard Confessional albums in his or her collection, which is to say, one Dashboard Confessional album in his or her collection), to the one I sort of always enjoy digging into (the “Obscure As Hell Bands And Songs That You Don’t Care About List,” though I disagree with the latter part of that sentence), I have to say FB-pal-in-the-canon CH kinda nailed it.

In any case, I liked the brief sarcastic sum up on summing up, and it was a mnemonic trigger for both banal and arcane lists of my own I wouldn’t try to get away with posting about save for the inimitable Record, where we touch the banal to one nipple and the arcane to the other, angel and devil style, like some Medieval painting about a Faustian monk-alchemist in a troubadour love song passion play.

Anyways, here’s my entries for lists I’d never bother anyone with (and yes I really thought/think about things like this):
END_OF_DOCUMENT_TOKEN_TO_BE_REPLACED