“John, You Went Too Far This Time” is a 1969 one-off single by Rainbo (a then-unknown Sissy Spacek), chiding John Lennon for appearing buck nekkid with Yoko on the cover of the Two Virgins LP.

Alfred Hitchcock died 32 years ago today. In this clip, James Brown actually confuses Psycho with a William Castle ripoff of Psycho called Homicidal, but Hitch doesn’t correct him and handles the question with his usual aplomb.  A class act. 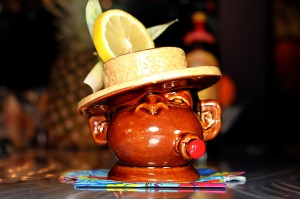 What does your bartender think of you? I came across this blog today on Are You Wearing My Pants written by an experienced dispenser of firewater. This is funny stuff. Then I opened yesterday’s mail (sounds like a euphemism for something) and found a handcrafted mix CD of drinking songs featuring the likes of The Avett Brothers, Loretta Lynn, The Pogues, Minutemen, and The Replacements.  And so we seem to have found a theme to groove on today. Here is an excerpt from the blog and a podcast version of the CD for your pleasure.
END_OF_DOCUMENT_TOKEN_TO_BE_REPLACED

Robbie’s pop combo from My Three Sons, performing “Good Man to Have Around the House.” The harmonies need a little work.

The Pretty Things’ S.F. Sorrow was arguably the first rock opera, but don’t hold that against it. The story of the miserable childhood, traumatic adulthood, and unbelievably lonely and depressing old age of one Sebastian F. Sorrow contains some of the band’s most indelible music, and lacks the oppressive bloat of most concept albums. And then there’s this: a French TV appearance which finds the Pretties singing of Pvt. Sorrow’s wartime experiences while an INCREDIBLY ANNOYING MIME-LIKE CREATURE cavorts in the foreground. These things happen when R&B bad boys discover Art.

Mensi, the lead singer for The Angelic Upstarts, with a poetic warning to any would-be scabs. If I had an accent like this, the world could kiss my ass.

“I am growing tired of your constant hagiography of record shops. I have been buying records for 30 years and since the day I foolishly asked for a copy of ‘Love Song’ by The Damned “with Dracula on the cover” (it was lead singer Dave Vanian), I have been sneered at, patronised, ignored and looked down on – not any easy feat when you are 6ft 3in tall.

END_OF_DOCUMENT_TOKEN_TO_BE_REPLACED

Oh, where hae ye been?

At least that’s what Sylvia Wright thought she heard when her mother read to her from Thomas Percy’s ballad collection, Reliques. The last line is actually “and laid him on the green,” but her mistake proved fortuitous, as it led Wright to coin the marvelous and useful word “mondegreen,” which means a misheard phrase—most commonly in the lyrics of a song.

END_OF_DOCUMENT_TOKEN_TO_BE_REPLACED

I don’t know which is more astonishing: the fact that Wire were booked onto The Late Show Starring Joan Rivers in 1987, or that they ended up sharing the stage and making awkward banter with guest host Suzanne Somers. The band performs “Drill” from the Snakedrill EP (lousy sound quality, but still) before answering Ms. Somers’ deep and probing questions.

*Whew!* We’ve actually been in an all mod con bliss out coma since last Thursday night at the Tractor Tavern, where/when Tomten unveiled their new 10 ” EP Ta Ta Dana for Flat Field Records with a rancorous set fueled by anticipation for setting out on the road this week.

The band is heading down the coast through April, and you could hear them humming up hard for road dog duty and making the night dazzle with co-stage shamans Eighteen Individual Eyes and a stripped down set by Ruler.

Here’s those dates after  some delightful thoughts from The Stranger’s own achingly perceptive Mike Nipper about the four song debut, posted today (4/18) at Line Out:

“… a fantastic record from a new band … Goddamn. Right, well, so Tomten, on this record, seem to favor creating an atmosphere of reverence; it’s like they’ve written hymns. Not sacred hymns, but hushed pop hymns, slightly flecked with lysergic glints of radiance. Well, at least it feels that way. It could be the reverb, but I reckon it’s their strictly focused writing/playing as filtered through the pop side of ’60s Merseybeat/beat and mid-/late-era Velvet Underground. A mix which is easily the premise for a shit ton of indie AND post-indie bands, has been since the mid-’90s, OBVIOUSLY, but Tomten don’t rely on ’80s born/’90s popularized recycled/cliché indie riffs. It’s obvious they’re in the know about ’60s playing; they’re economical and reserved, but are not clouded by the contemporary aural misconceptions of the psychedelic ’60s. Their knowingness is then mated to open, crisp, contemporary production, giving them a strong ’80s paisley pop sound. It just all FITS.” 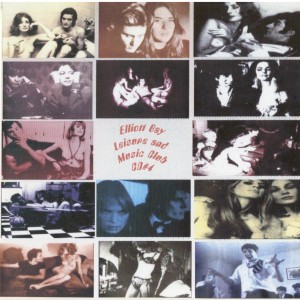 “Does a Ring of Fire Produce Smoke on the Water?”

If you’re not relaxed when you fire up this podcast, sit tight for a bit of low-key post-punk, bluesy jazz, and electronic pop to segue into a warm chill-out lounge to loosen up those muscles and put a smile on your face. This podcast, as with many EBLAMC releases past and present, doesn’t fail to include something influenced by nos ancetres les Gaulois in addition to other World themes. Don’t miss the reference to an important musician who has graced, or haunted, club CDs and events in one way or another from the earliest days to the present: Yoko Ono.  Enjoy an entry by an indie rock band from the Pacific Northwest’s oft-overlooked third city, Boise. As the summer sun rises, we wrap up the playlist with another breakfast of moldy bagels, cigarettes, and alcohol. (Mike H.)

….especially when you’re the daughter of a classical violinist, the ex-wife of jazz bassist Gary Peacock, and a close colleague of Timothy Leary. Oh, and she’s been composing since the age of four. From the 1978 album X-Dreams. 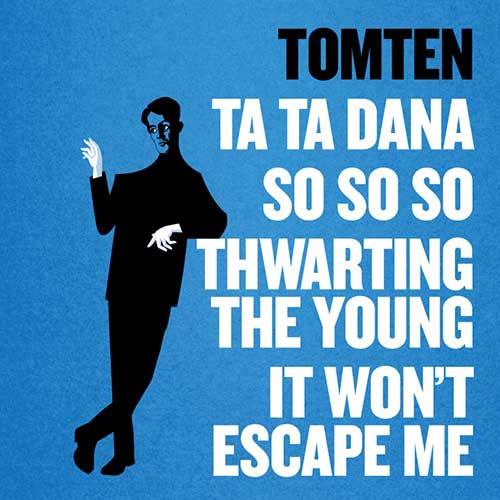 The April release of ten-inch extended play vinyl Ta Ta Dana features two A-sides, “Ta Ta Dana” and “So So So.” These are deliciously crafted parlor romps featuring a keen sense of assured swing with shambolic passion (think the sweetest nuggets you’d hear on a Wes Anderson soundtrack). Fans of dream-pop factories Papercuts, dark maestros like John Cale, or chanteuse-chasers such as Serge Gainsbourg will happily sip this extraordinary bliss of a sonic Cosmopolitan.

Lead singer/songwriter Brian Noysewatkins is dapper at the Rhodes, Mellotron, Hammond and piano; he’s from Monterey, CA and the musicians met through art school in Seattle, where Lena Simon (bass, singer of So So So, also in Pollens) met Brian on Orientation Day. Jake Brady (drums) and Gregg Belisle-Chi formed Tomten with them soon thereafter. Shared favorite LPs: all things Big Star, Elliott Smith’s XO and Either/Or, Bowie’s Hunky Dory, and Rubber Soul from The Beatles.

This dazzling ten-inch is the first new band release from Flat Field Records, responsible for the SpokAnarchy! original soundtrack. The B-sides on the EP are “Thwarting The Young” (an outright snarler unlike anything on the upcoming LP) and “It Won’t Escape Me.”

The Monochrome Set deserved a lot more love than they ever got. Morrissey and Johnny Marr were big fans, and the Set’s influence on The Smiths is especially evident on this track, which says what it has to say in under two minutes and gets the hell out.

Proof that the ’70s were a very different time, from the edgy and short-lived (four episodes!) “Richard Pryor Show” of 1977. A very dark heavy metal parody that the network allowed to go on for nearly eight minutes. Part KISS, part P-Funk, part something that hadn’t been invented yet. Note Sandra Bernhard in the audience, and the black Nazi dwarf doing the commercial segue at the end. 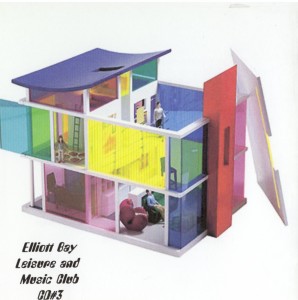 Podcast #3 in the EBLAMC era shows us hitting our stride.  This podcast touches on all of the genres that EBLAMC loves; Euro-trash, lounge workouts, jangle-pop, classic deep cuts. No question that you already love a couple tracks on here. As they say, where there’s smoke there’s fire.  You have our guarantee that you will find a couple of things that will become staples in your future catalog.  If that isn’t enough to pull you in, #3 contains the most controversial track in the EBLAMC oeuvre. I dare you to listen to ‘Steak for Chicken’ (parental guidance recommended) and tell me it didn’t change your life.  Mangia! (John I.)