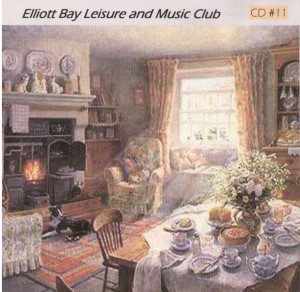 “Pop Has Freed Us”

Upbeat podcast despite the fact that most of the bands featured were creatures of the nineties. Brian Eno claims this shoegazing band named after a Roxy Music song is “the best of English pop music.” Can you guess?

Loved “Waterboy” by Imperial Teen – perhaps a significant influence for Arctic Monkeys. Go with Queens of the Stone Age to hear an award-winning song. Catch the Brit-sounding world punk band Firewater sing a farewell to Superman.

Instrumental drum ‘n’ bass from Cinematic Orchestra is a nice break from some of the more driving songs that start this podcast off. Shoegazers return with Argentinian Latino rock band Soda Stereo.

One band that may be infinite, Gang of Four, appears with a song that will remain frozen in time, remembered for once being banned by the BBC. Bryan Ferry does Bob Dylan. A 12-year old Compton boy does Electronica with Seelenluft.

The Motown-influenced Jet song “Are You Going To Be My Girl” sounds like this band started at least 30 years too late. And for you alt-country fans, watch out for the firecracker Ryan Adams tosses out at the end. (Notes by EBLAMC member Mike H.)

As a kid in the mid-’70s, one of the funniest things I ever heard was a promotional record my uncle acquired from a friend who used to work for the Oscar Mayer Company. Recorded around 1966, the album consisted of six versions of the familiar “I Wish I Were An Oscar Mayer Wiener” jingle, performed in various pop styles of the day. I seem to recall a breathy bossa nova, a Tijuana Brass-type arrangement, and a country version replete with steel guitar and echoing backup vocals–and that the merging of the deadpan performances and ridiculous lyrics provoked fits of paralyzing laughter in my ten-year old self.

END_OF_DOCUMENT_TOKEN_TO_BE_REPLACED

Like Raw Energy, the subject of my first “Punk Britannia” post, Wolfgang Büld’s two documentaries on early British punk put you right into the scene as it was happening–before the codification, commercialization, and disillusion set in. Although Büld had a shaky sense of which bands really mattered (The Sex Pistols and The Damned are nowhere to be seen, while  also-rans like Chelsea get significant screen time), both of his films offer a “you are there” immediacy that more than compensates for their iffy production values.

END_OF_DOCUMENT_TOKEN_TO_BE_REPLACED

The band name-checks quite a few classic albums in this recent ditty, which is about an estranged couple dividing up their records. If you don’t recognize and love at least a few of the elpees mentioned herein, you haven’t been paying close enough attention. 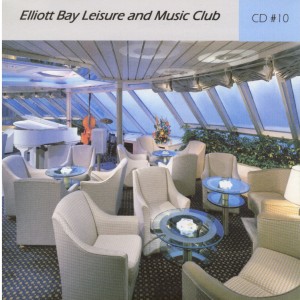 “Should An Earth Mother Wear A Bra?”

Oh Podcast #10…you were one of THOSE.  Most noteworthy is the only appearance of opera in EBLAMC history.  Hmmmm…  It’s OK, it’ll be over soon enough and you can get back into the groove of some awesome indie, deep-cut classic, and trancey electronic music that is the core of the EBLAMC podcast.  Not sure you’ll hit repeat, but you will be forever changed. (John I.)

This made me sit up and take notice when I heard it on BBC6. I’m not familiar with Richard Hawley, but apparently his latest album, “Standing at the Sky’s Edge” (from which this single was taken), is a big departure from the tender balladeering for which he’s best known. This is droning but hard-charging raga space rock (or something like that) and it’s really very, very good.