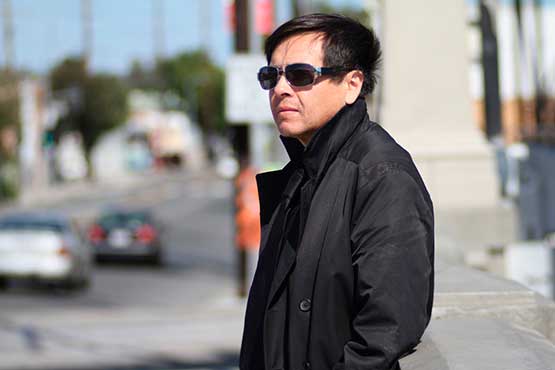 “No wonder this guy makes music for the Discovery Channel; his is a world of wonder and possibility.”
—Peek-A-Boo Magazine 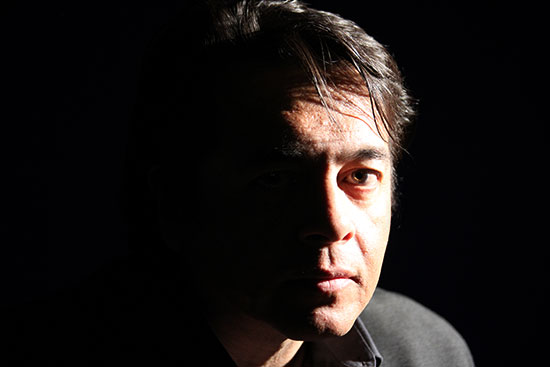 Timelapse was the previous record by George Sarah on Flat Field Records.

“The Star we Spin Around” from Timelapse:

“The electronic-classical hybrid certainly isn’t a new idea, but the way its presented here feels overwhelmingly unique. George Sarah seems to have tapped into his own distinct style and its arrived at the perfect crossroads between the best of electronic, experimental, and classical. … this feels downright revolutionary. … George Sarah already seems to have arrived in the future, which is much more interesting terrain.”
—Popmatters.com

“You may not know George Sarah’s name, but chances are you’ve heard his music. Sarah composed for the Beijing Olympics and his work has been heard on shows as varied as CSI and HBO’s ADDICTION. Sarah appeared onscreen as a wedding music conductor in BUFFY THE VAMPIRE SLAYER and collaborated with that series’ costar Anthony Stewart Head on the album MUSIC FOR ELEVATORS.” —Assignment X

“The year is young, we could see other electro-orchestral tropical dance records—but only Sarah’s is likely to feature members of the Pogues, Bauhaus and Save Ferris. No wonder this guy makes music for the Discovery Channel; his is a world of wonder and possibility.” —M Magazine (on Who Sleeps The Sleep Of Peace)

Buy on iTunes
Buy on Amazon

Being a fan of KEXP which often played songs off the Twitch and Gloam compilation last summer, George Sarah heard a track from the Seattle-Portland-Vancouver collection and reached out to the label which put it out, Flat Field Records. He sent them an album on which he played and recorded all the instruments, and is preparing for a Pacific NW tour as soon as possible.

Explaining his exhaustive, perfervid process in constructing the layers of beauty in his music, Sarah says: “I like to write on acoustic instruments, mostly piano and acoustic guitar and once I get the melodies and chord progressions I start playing the idea’s on keyboards and soft synths. I like altering the synthetic sounds a lot with effects and adding layers on top of each other and it just always seems to come together.”

Sarah has had a long history of collaborating with artists such as David J (from Bauhaus, on his previous release), and making sounds in the challenging electronic underground: “When I was younger I was more into the experimental and noisier Industrial bands like Einstürzende Neubauten to Diamanda Galas to Cabaret Voltaire. I was in a band called Stereotaxic Device from 1988 to1992 and then a project called THC. In 1995-1996 I joined Death Ride 69 as a bassist for a US tour opening for My Life with the Thrill Kill Kult.”

A big break for Sarah came though Joss Whedon. “It happened by accident. Marti Noxon was one of the writers (on Buffy the Vampire Slayer) and she was listening to my music while working and incorporated my songs to be performed by a female werewolf. They asked me if I was interested in licensing my music and if I wanted to be on the show as a keyboardist. After that I met one of the actors on the show name Anthony Stewart Head and we recorded an album together, Joss heard some of our songs and asked if he could contribute one of his originals for us to cover, Joss has been to a couple of my shows and a very cool guy.” Sarah also licensed music to Whedon’s show Angel.

When it comes to scoring, “My most successful gig was for the 2008 Beijing Summer Olympic games, it was performed by the Beijing Modern Dance Company.”

Timelapse is a gorgeously extrapolative collection of music based in the depths of Sarah’s own personal beliefs and experiences, expressed in the vocabulary of music purely made and brilliantly played.