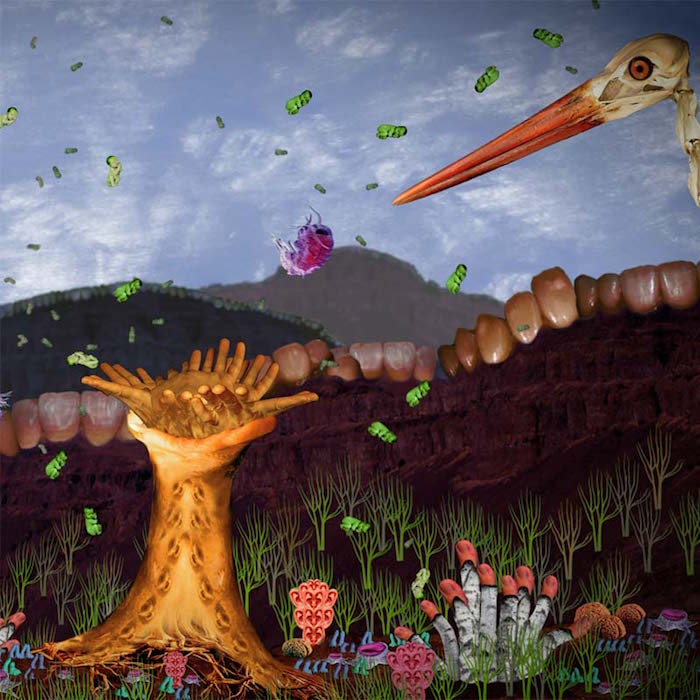 Subviola’s Dustmites Depend On Us / Vinir okkar rykmaurarnir, is a three track EP showing a harder edge with a noisier, industrial aesthetic. The work sonifies the tension and anxiety of witnessing a civilization hell-bent on self destruction from the point of view of the lowly dustmite. Being dependent on their human hosts, dustmites have much to be concerned about for the future of their species. With the recent global spread of corrupt authoritarianism, human rights abuses, climate change, and nuclear weapons proliferation, the feeling of helplessness is palpable in the tracks. Can humans learn from our friends and fellow travelers the dustmite? Only time will tell, hence the temporality referenced in the track names.

Subviola is an electro-acoustic experimental noise project by Icelandic sound artist Hilmar Bjarnason and American transmedia artist David W. Halsell. The collaboration formed in 2005 in Pittsburgh, PA and performed one (now legendary) show at the historic Kresge Theater. After re-forming in 2015 after a ten-year hiatus, the duo work remotely from Reykjavík and Seattle.