Subviola is an electro-acoustic experimental noise project by Icelandic sound artist Hilmar Bjarnason and American multimedia artist David W. Halsell. The collaboration formed in 2005 in Pittsburgh, PA and performed one (now legendary) show at the historic Kresge Theater. After re-forming in 2015 after a ten-year hiatus, the duo work remotely from Reykjavík and Seattle.

Subviola combines field recordings, synthesis, and acoustic instrumentation in their compositions. Like a long-distance chess game, the duo send tracks and ideas back and forth, combining both a compositional intentionality and an openness to improvisation. The resulting works are cinematic soundscapes that veer between brutish industrial noise to whelming washes of aural alchemy.

Various conceptual concerns in the work have explored the intersections and boundaries of culture, noise, and place; as well as the inherent power structures and territoriality of noise. Thematically, Subviola has explored the impact of railroads in industrialization, as well as environmental concerns on their more recent work.

Their latest recording is a three track EP, Dustmites Depend On Us / Vinir okkar rykmaurarnir, showing a harder edge with a noisier, industrial aesthetic. The work sonifies the tension and anxiety of witnessing a civilization hell-bent on self destruction from the point of view of the lowly dustmite. Being dependent on their human hosts, dustmites have much to be concerned about for the future of their species. With the recent global spread of corrupt authoritarianism, human rights abuses, climate change, and nuclear weapons proliferation, the feeling of helplessness is palpable in the tracks. Can humans learn from our friends and fellow travelers the dustmite? Only time will tell, hence the temporality referenced in the track names. 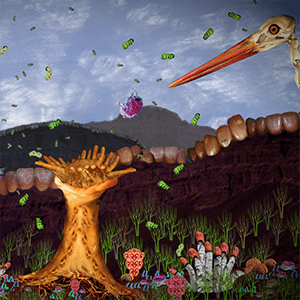 With their initial recording, No Defects, the duo manipulated field recordings from urban and rural spaces of the American Midwest. Railroad locomotives, country meadows, industrial spaces, and Appalachian folk musicians are transformed into protracted and convolving sounds punctuated by disjointed rhythms and vocalizations.

This tense and disorienting work reflects the artists’ experiences while living in the economically depressed post-industrial “rust belt” and evokes the widespread disillusion in the myths of American industrial and social history. The title comes from the most common of radio messages in the automated system of status reports of railroad lines.

No Defects was recorded 2007 in Pittsburgh, PA, remastered in 2017, and never formally released until now. 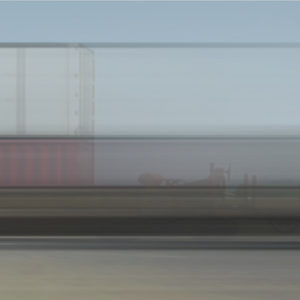 Flat Field Records will release both No Defects and Dustmites Depend On Us / Vinir Okkar Rykmaurarnir  on February 23rd, 2018 digitally and with a limited, numbered edition of compact discs in handmade packaging. 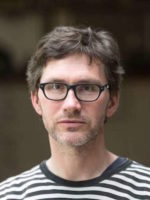 Hilmar Bjarnason (Iceland, 1965) played drums in a rock band before pursuing a career in the arts, focusing primarily on the creation of sound, both as installation, published audio works and collaboration with others working in visual medium. He graduated from the Iceland College of Arts and Crafts in 1997 and continued his education in the Academy of Fine arts in Vienna with Professor Franz Graf and later in The Royal Danish Academy of the Arts in Copenhagen with Professor Torben Christiansen. 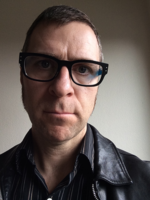 David W. Halsell (Spain, 1967) is an experimental media artist who has worked with sound for two decades in performance and recording, primarily exploring the mutable definitions of noise versus information in structure and content. The intersections of the natural and mechanical worlds and perceptual phenomenology have influenced his work in both the visual and sonic arts. Halsell received a BFA from the University of Washington, MFA from Carnegie Mellon, and was on the faculty of the Center for Digital Arts and Experimental Media (DXARTS) at the University of Washington.